As a member of the THUS Group plc Pension Scheme you have pension benefits in a Defined Benefit (DB) scheme.

What you can do

If you move house, get married or divorced, or have children it’s important that you let us know.

Updating your details is straightforward and will help us to make sure that:

To make a change, please contact the Scheme Administrator. 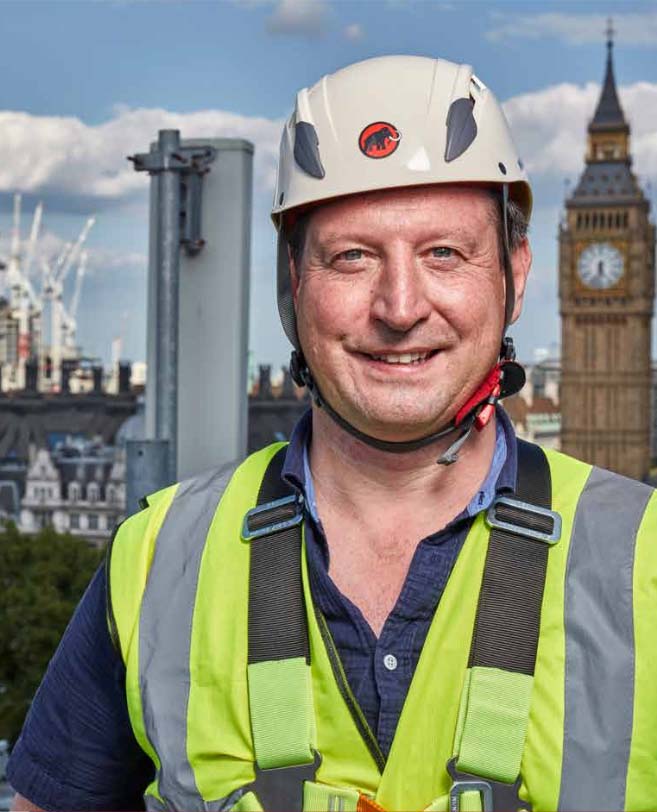 You can move your benefits from THUS Group plc Pension Scheme (THUS) to another registered pension scheme. Defined Benefit (DB) retirement benefits can be very valuable. Moving your benefits is a significant decision which must be considered carefully.

If your benefits are worth more than £30,000 you are required, by law, to take independent financial advice.

You can find an Independent Financial Adviser at unbiased.co.uk.

People with DB pension benefits are targeted by scammers who may encourage you to transfer your funds out of the Scheme so that they can take your money. Find out more about how to spot a scam and where to go for further information and help.

To request a transfer value, simply get in touch with the Scheme Administrator.

How your pension is calculated

Your pension from THUS is a Defined Benefit (DB) pension. This means that your pension is based on a proportion of your final pensionable earnings and how long you’ve worked for the Company, for example:

While you worked for the Company before 1 April 2007

Please note this is an illustration only, your actual pension calculation may differ. Your final pensionable salary will be the higher of either:

How much do you need?

Do you know how much money you will need to fund the kind of retirement you want to have? It can be difficult to imagine what your life will be like when you retire. The Pensions and Lifetime Savings Association has developed a set of Retirement Living Standards to help you imagine the retirement you want and work out how much it will cost. Find out more in Your retirement lifestyle.

One way to increase how much money you will have in retirement is to save more now. If you are currently paying into the THUS pension scheme, you can choose to pay Additional Voluntary Contributions (AVCs).

These are held separately to your THUS pension in a policy held with Standard Life. You can choose how your AVCs are invested from the following Standard Life funds:

To find out more about investing your AVCs, please contact the Scheme Administrator.

If you wish to start paying AVCs, please complete the (Group) Additional Voluntary Contributions Application Form and return to the Scheme Administrator.

If you have already paid AVCs, these are held by Standard Life. You can choose how you want to take this money when you retire – many people choose to have the full value of their AVCs paid as part of the tax-free cash you can take at retirement. However, you can also choose to transfer your AVCs to an alternative Scheme in order to take advantage of other options such as cash drawdown or purchasing a pension (annuity). To find out more about your AVC options, please read the Group Additional Voluntary Contributions Plan.

If you need any further information about your AVCs please contact the Scheme Administrator.

Tax allowances and your retirement savings

You do not pay tax on the money you save into a pension up to certain amounts. Once your savings reach these amounts there are tax charges to pay. There is an annual amount, known as the Annual Allowance (AA) and a lifetime amount called the Lifetime Allowance (LTA). There is a different allowance for people earning over £200,000 a year (Tapered Annual Allowance).

*The £4,000 limit also applies if you are already in receipt of your defined contribution pension. This is known as the Money Purchase Annual Allowance. See ‘Other tax allowances’ section below for more information.

More detailed information on tax and your pension is available on gov.uk.

If you also have savings in a Defined Contribution scheme, such as LifeSight, and have started to take some or all of your money, whilst continuing to save into a pension arrangement, you may also be subject to the Money Purchase Annual Allowance (MPAA). Find out more on gov.uk.

If you become ill and are no longer able to work

If you retire on ill-health grounds your pension will be calculated based on your final pensionable salary and your pensionable service, projected forward as if you had worked for Vodafone until age 65. It will be payable immediately.

If you die whilst still working for Vodafone

If you die after you have retired

You can find information about death benefits if you die in retirement in Receiving a pension.

Looking after your loved ones

If you’ve recently married, or had children, you can update the information the Trustee holds about your beneficiaries. This is so that they know who you wish to receive any money owed when you die.

The Trustee has the final say on who gets a lump sum when you die. However, it is guided by your wishes. To let the Trustee know who you’d like to receive a lump-sum death benefit, please download an Expression of Wish form.

Letting us know someone has died

If a member of the Scheme has recently died, you will need to contact the Scheme Administrator, Aon:

No longer working for Vodafone?

If you paid into the THUS Group plc Pension Scheme whilst you were employed by Vodafone you will have a preserved pension.

This means your pension benefits stay in the Scheme until you reach Normal Retirement Age. How much you get will depend upon your final pensionable salary when you stopped working for us and how long you worked for Vodafone (or the Scottish Power Group final salary schemes).

Your preserved pension will increase each year between the date you left and your Normal Retirement Age. These annual increases will be in line with the relevant price index.

Once you are ready to retire you have a choice to make about how you take your benefits – find out more about your retirement options.

For some members of THUS Group plc Pension Scheme (THUS) , pensions in payment, in excess of Guaranteed Minimum Pension (GMP)*, increase in line with the Retail Prices Index (RPI). In some cases, revaluation increases that apply before retirement are also calculated in reference to the RPI. This is set out in the Scheme Rules (different minimum and maximum increase limits may apply depending on which scheme you were a member of before you joined the THUS Scheme) .

You may have heard that the UK Government has announced plans to make changes to the RPI. On 11 March 2020, the UK Statistics Authority (UKSA) and HM Treasury launched a consultation which looked at the option of reforming the RPI formula to align it with the inflation calculation for the Consumer Price Index including an allowance for housing (CPIH).

On 25 November 2020, the Government announced that the outcome of this consultation was that RPI would be calculated in a manner aligned with the calculation of CPIH from 2030.

What does this mean for me?

Depending on which section of the Scheme you're in and when you joined, the Scheme Rules may require increases to your benefits (before and/or after retirement) to be calculated in reference to RPI (subject to certain minimum and maximum levels).

The Trustee of the Scheme has a legal duty to ensure that benefits are paid in line with the Scheme Rules. This means that, where the Scheme Rules relating to your benefits refer to RPI-linked increases, any changes to the way in which RPI is calculated will automatically flow through to the increases you receive.

The Bank of England has suggested that increases in CPIH would likely be around 1% per annum lower than the current RPI. Pension benefits that are increased in line with RPI are therefore expected to increase at a potentially lower rate from 2030. If increases to your benefits are linked to RPI (this will depend on what section of the Scheme you’re in and when you joined), the increases to your pension from 2030 onwards may be lower than they would have been if the formula for calculating RPI had not been updated.

Impact on the Scheme’s funding level

GMP is the part of your pension that reflects the extra benefit you would have received as part of your State Pension had the Scheme not been contracted out of the State Second Pension. The underlying principle for pension schemes that contracted out is that they must provide members with a minimum level of pension at ‘GMP age’ (age 60 for women and 65 for men) that corresponds to the pension members would have earned under the State Pension Scheme if the schemes had not been contracted out.